Harry Dresden is in trouble again! Well, when is he not? 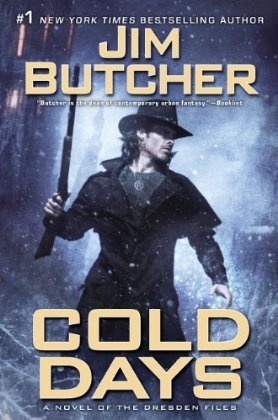 After being murdered by a mystery assailant, navigating his way through the realm between life and death, and being brought back to the mortal world, Harry realizes that maybe death wasn’t all that bad. Because he is no longer Harry Dresden, Chicago’s only professional wizard.

Of course, it won’t be an ordinary, everyday assassination. Mab wants her newest minion to pull off the impossible: kill an immortal. No problem there, right? And to make matters worse, there exists a growing threat to an unfathomable source of magic that could land Harry in the sort of trouble that will make death look like a holiday.

Beset by enemies new and old, Harry must gather his friends and allies, prevent the annihilation of countless innocents, and find a way out of his eternal subservience before his newfound powers claim the only thing he has left to call his own…

I have been a fan of Harry Dresden for a long time, I think it’s some kind of curse.
Or maybe it’s just that Jim Butcher manages to keep the stories interesting, leading us further and further into his very, very intricate, dangerous and scheeming-like-no-one-else fairie world. Chicago isn’t bad either, but much less of a player than in the earlier books.

There are lots of things in this book that ought to irritate me even more than they doo. Too much telling instead of showing, too many references to the earlier books for someone new to the series to understand what goes on, and why does it have to be so overly sex fixated all the time. I also wish that Harry would get his love life sorted out, it’s frustrating for both him, her and the reader. Oh, and Harry’s cat isn’t in the book, I miss his cat. (So does Harry).

I still love the book. I like that Harry, the rest of the cast and the world is ever evolving. I like that it’s almost non-stop action, even though they get a few 5 minute breaks here and there. I absolutely love that for the first time I really feel that Harry and Thomas are brothers (among other things there’s the reference to throwing each other in the lake, in my book a mandatory thing to have done to your siblings). I also like that the faerie world is expanding, extra layers being thrown in, new players turning up and some truly horrendous new adversaries for Harry to meet.

I wouldn’t recommend anyone to start the series with this book, but the series as a whole I recommend a lot for lovers of urban fantasy and witty lines.

The next book in the series, Skin Deep, will be out on May 27th. I’ve already pre-ordered it.

Yeah, a curse, it must be a curse.